Budha is the name for the planet Mercury. He is the son of Chandra (Moon). He is also the god of merchandise. He is represented as being mild and having a greenish complexion. He is represented holding a shield, riding a winged lion. In other illustrations, he holds a sceptre, lotus and rides a carpet or a chariot drawn by lions. Budha presides over Wednesday. He is married to Ila, the daughter of Vaivasvata Manu.

Swetharanyeswarar Temple in the town of Thiruvengadu near Sirkazhi is the shrine dedicated to the planet Mercury. The main deity is Swetharanyeswarar, meaning the lord of white forest and the goddess is Brahma Vidya ambal. There is a separate Sannidhi for Bhudhan (mercury). This temple is especially known for its unique incarnation of Lord Shiva called "Agora Murthi". He is one of the main gods being prayed in this village. This temple has 3 pools and 3 Gods. It is believed that those who take bath in all pools, those will be freed from their problems like diseases, delay in marriage, etc. 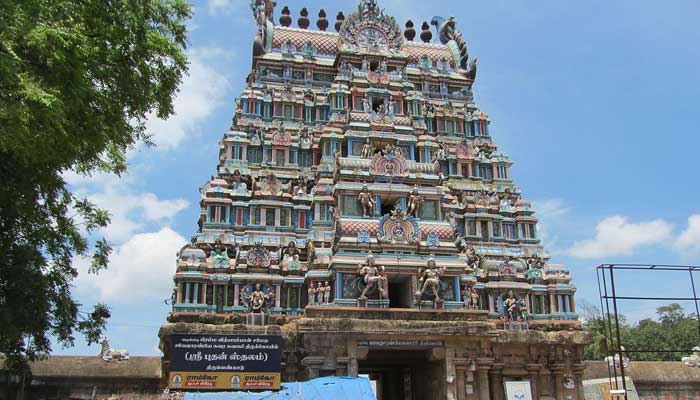 It is said that Agora Murthi is one of the furious incarnation of Lord Shiva. Once an asura named "Maruthuvasuran" lived in Thiruvengadu. He had a deep meditation on Lord Brama. Being satisfied, Lord Brama offered him powers. He used those powers in a wrong ways. He started to torture the saints and people. This led all the saints and people to request Lord Shiva to put an end to this evil (asura). Lord Shiva took his incarnation 'Agora murthi' and killed the 'Maruthuvasuran under a tree (At the back to the entrance of Agora murthi). People thanked Lord Shiva for saving them.

Swetharanyeswarar Temple is one of the 6 sacred places on the banks of river Cauvery which is considered as equivalent to the temple at Varanasi. The other 5 shiva sthalams are
• Thiruvaiyaru
• Chaayaavanam
• Mayiladuturai
• Tiruvidaimarudur
• Tiruvanchiyam 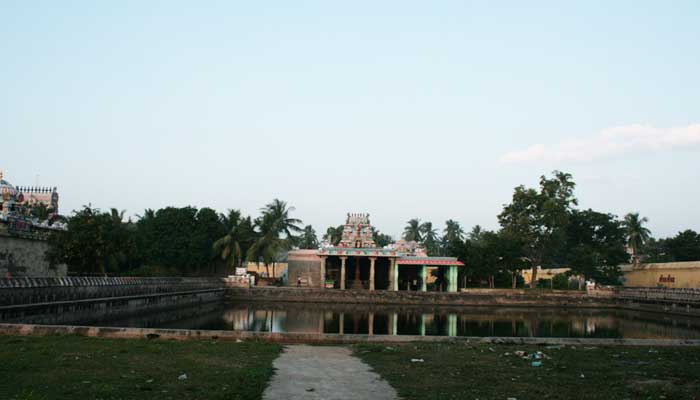 From the stone inscriptions found inside this temple, it is seen that the chola kings Aditya Chola and Rajaraja Chola have made huge contributions to this temple. Important tamil saints namely Thirugnanasambandar, Thirunavukkarasar, Sundarar and Manickavasagar have sung holy hymns about the Trivenkadu temple. It is believed that the Lord Shiva performed the six different dance forms here. This place is also called as Adhi Chidambaram.

Nandi bears nine scars on its body and is seated at the entrance of Devi’s shrine. Budhan is said to bestow wisdom and intellect among Nine Planets. Offering puja to Bhuda Bhagavan on Wednesdays is believed to rectify Bhuda Dhosham. People get relief from puthira dosham, difficulties in studies, mental instability, and nervous disorders by visiting the temple. Knowledge, music, medicine, language skills are the beneficial aspects of Bhudan.