A group of Shiva Temples of the Thanjavur Maratha dynasty is situated at Vambulancholai on the southern bank of river Vadavar which flows in the Northern periphery of Thanjavur town. This place is called as Kailash Mahal or Raja Gori. 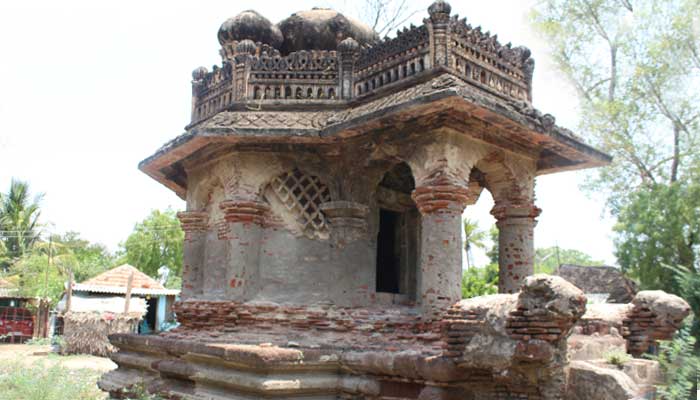 These temples, mostly dating from the seventeenth to the nineteenth centuries are of special significance for the following reasons

> The Maratha rulers of Thanjavur are Saivite's who believe that after death, one would attain Sivapadham (the glorious feet of Lord Shiva). These temples were erected exactly at the place where a ruler or his consort were cremated. If the temple was raised in memory of a male member of the family, it housed a Sivalingam and if the shrine was built in memory of a female member, it housed the idol of the Goddess Parvathi. 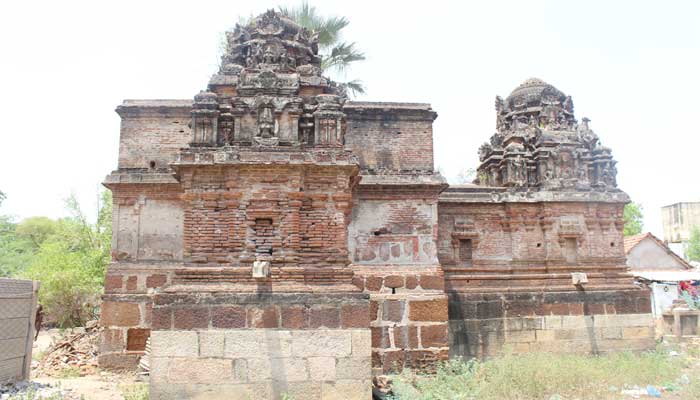 > The most prominent shrines in this premise are those dedicated to King Tulaja, Pratap Singh, Sarfoji II (the popular king of the dynasty) and Shivaji II, (the last ruler of the dynasty) and some of their queens. Totally, there are five big temples and sixteen smaller temples surviving here now. This is one of the rarest instances in India where a group of memorial shrines of an important Hindu dynasty still exists against all odds. Even though the site and these temples are the private property of the Maratha royal family and pujas are carried out regularly by the family, it is definitely the only surviving group of such historical monuments in Tamil Nadu. Even now, the site serves as the exclusive cremation ground of the family. 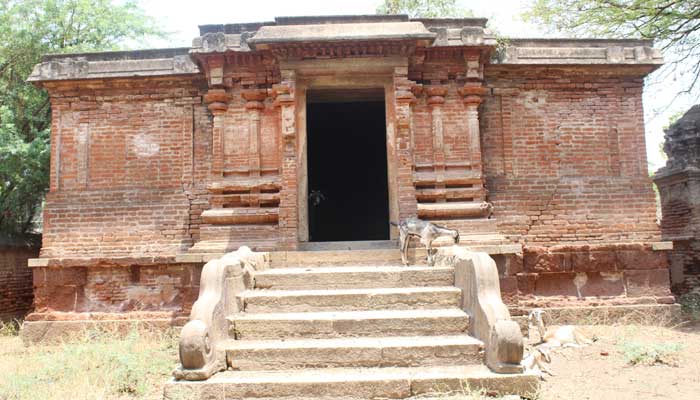 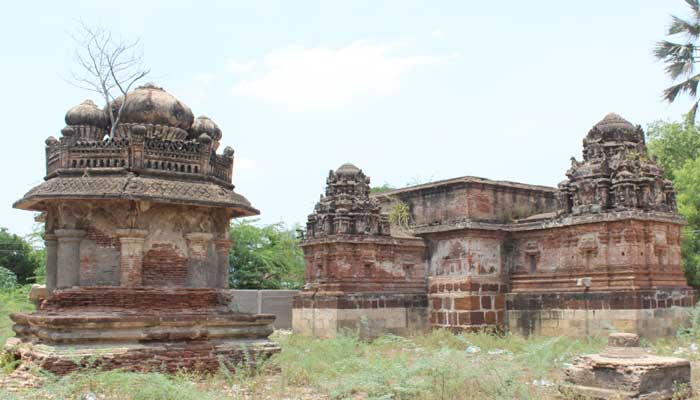 > Due to the injustice of the British who confiscated all the properties of the royal family in order to gain control on Thanjavur and later due to the ravages of time, this unique group of heritage buildings are now almost in ruins, requiring urgent repairs.

> Steps are being taken for restorations. Hope the restoration will boost up lot of tourism in this place and will be supporting the local community residing there.