It is important to know the fact only 2 temples in the Mother INDIA are dedicated to KING OF GODS (Sun God). It is believed that King Narasimhadeva I of Eastern Ganga Dynasty have built the Konark Sun Temple and Kulottunga Chola I of Chola Dynasty have built the Suryanar Temple. Let’s read some useful information about the SUN TEMPLE at southern region in the India.Jupiter is known as Brhaspati, meaning lord of devotion. He is called Deva-guru, meaning guru of the gods. He is personification of religion and piousness. He presides over Thursday. He holds a stick, lotus and beads in hands. The temple devoted to Brahaspati is called Apatsahayesvarar Temple in Alangudi. Since this holy temple dedicated to Guru (Jupiter), it is also called as guru stalam. Apatsahayesvarar Temple is one of the 275 Paadal Petra Sthalams. Here, Lord Shiva is manifested in form of the Lord Guru. 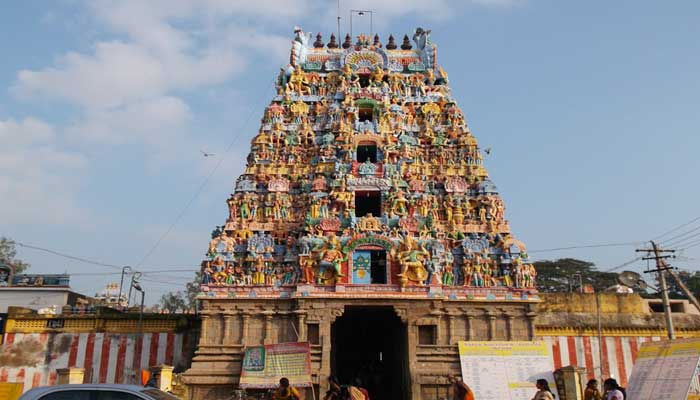 This temple was believed to be constructed by a devoted devotee of Lord Shiva. ‘Amuthokar. He was minister of the King Masukuntha Chakravarti. ‘Amuthokar was believed to be beheaded by the Chakravarti, as he refused to give half of his Punya, (merit) to the King. On his death, the sthalam(temple)reverberated with the sound ‘Amuthokar’. The King gets afraid at this constant diabolic echo, realizes his mistake and worshipped the Lord Abadsahayeswarar with ardent devotion. Then, he was relieved from all Doshas. Thirugnanasambandar has blessed this Sthalam as beautiful place filled with flowers. The Lord of this temple is Swayumbhu (Natural origination of the idiol). The temple exists from ancient times. Gnansambandar has celebrated the Lord in his Thevaram hymns. Apatsahayesvarar Temple is the 98th temple on the southern bank of Cauvery mentioned in Thevaram hymns. 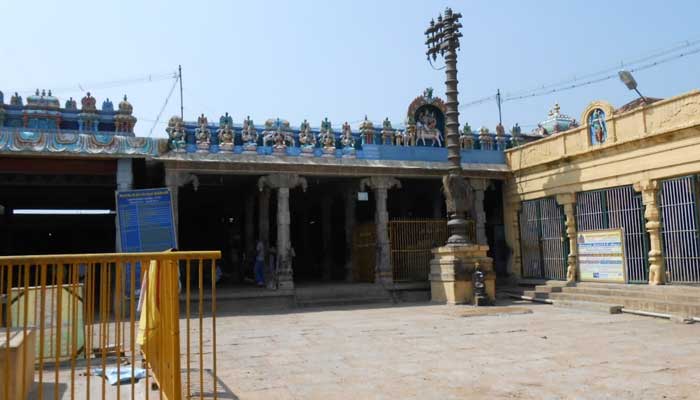 Festivals celebrated in this temple are Pancha Paruva Urchavam, Gurupeyarchi (Transgression of Guru Baghavan from one sign of Zodiac to another sign), 1008 Conch Abisheka Festival, ten days Maha Festival during Chitra Pournami and the Guru Baghavan car festival on the tenth day are celebrated grandly. Poolai Shrub is holy tree of this temple. Alangudi is bordered by three holy rivers that are Cauvery, Kolidam and Vennaru. Fifteen theerthams are around Apatsahayesvarar Temple. It is a belief that Chakra theertham was created by Maha Vishnu’s Chakra (Disc). Special abhishek and pujas are performed to the Lord in the month of February and March.

Lord Shiva is the presiding idol of the temple and came to known as Abathsahayeswarar. Goddess Parvati is named as Elavarkuzali here. Once upon a time, the Asuras and Devas tried to shake the heavenly ocean famous “Parkadal”. They employed the celestial snake named “Vasuki” as the cord and a mount named “Mandara” as a rod to get hold of the celestial medicine. The snake spat out toxic poison (Ala Visham) which was gulped down by Lord Shiva to protect the world. Therefore, Lord Shiva is affectionately called as “Abathsahayeswarar” which means “rescuer” who devoured the poison and protected the earth. We meet Mother-Ambica Shrine first, followed by the presiding deity and the Guru-Dakshinamurthy by entering the temple.