Shani is embodied in the planet Saturn. He presides over the Saturday. The word shani also denotes the seventh day or Saturday in most Indian languages. It is to note that Shani is elder brother of Yama, the god of death according to the Hindu mythology.

Shani, along with the goddess Jyestha, are associated with the crow in the Hindu mythology. According to Hindu mythology crows represent harmful and inauspicious characteristics, both of which Shani possesses. The Hindu traditions often include the worship of Shani in order to dismiss dangerous ghosts and other supernatural beings. 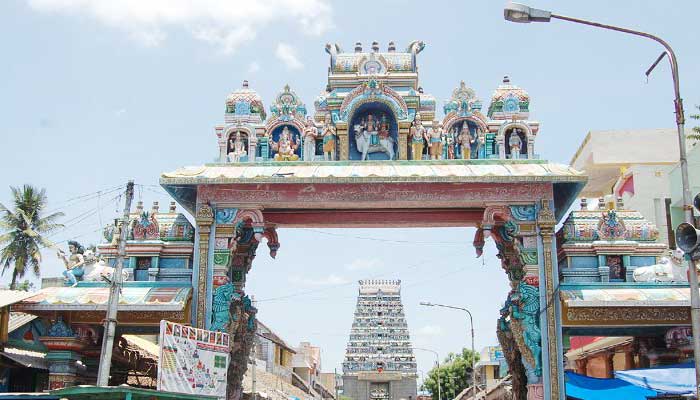 Tirunallar Saniswaran Temple is a Hindu temple dedicated to Lord Sani(saturn). This is also called as Dharbaranyeswarar Temple since it is believed that presiding deity is made up of dharba grass. This place Tirunallar was historically called Dharbaranyam. Thirunallar is a small town in Karaikal, India. This municipality comes within the Union Territory of Pondicherry. Thirunallar is 300Kms from Chennai and 145Kms from Pondicherry.

Thirugnana Sambandar, the 7th century nayanar has celebrated the deity with four hymns. Appar and Sundarar, the other Nayanars have glorified the temple with their hymns. Arunagirinathar, a 15th-century poet and devotee of Lord Muruga has composed hymns on the deity. Tirunallar Saniswaran Temple is also attributed to Murugan worship as well. History says that Nala of the Nishadha country got his deliverance from the evil effects of Shani (Saturn) by invoking the Lord's mercy. In the seven Saptha Vidanga Sthalas, Thirunallar occupies the 2nd position. Abhishekas and pujas are offered at five times a day. 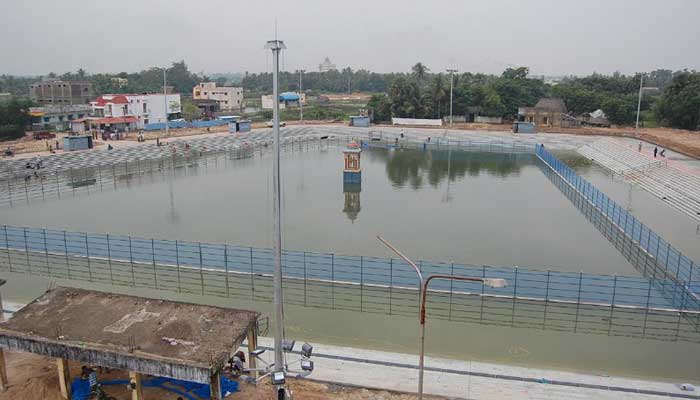 Devotees throng the temple to get relief from the effects of Saturn in their life. They take an oil bath in the Nalatheertham. Then offer prayers to Kalitheertha Vinayaka, break coconuts and worship Baghwan Sani, the planet Saturn. People come here for curing of diseases and getting oratory skills. They pray to Darbaranyeswarar for peaceful marriage alliances. Those facing evil effects of Saturn, light the lamps with gingely oil.

It is believed that offering Sari to the Goddess Bogamartha Poonmulayal brings happiness in the life. The 18 day Brammotsavam beginning on the Uthiratadhi star day in the Tamil month Vaikasi is an important festival. On the last day, there will be a programme known as the Lord gracing a darshan to a shephered. Special pujas are performed in the temple during the festive time of Karthika Deepa, Deepavali, the Tamil and English New Year days. It is also said that Tirunallar Saniswaran Temple is the only temple where Saturn lost his power to the Lord Siva. Worshipping shani Bhagavan helps one to develop positive power and to manage difficulties in life. This temple is famous for Maragadha Lingam and Golden crow. Every Saturday is special day for shani Bhagavan.