Kethu represents karmic collections both spirituality and supernatural influences according to In Hindu astrology. Kethu is associated with the Meena Avatar (Fish Incarnation) of Vishnu. Ketu causes material loss in order to force more spiritual outlook in the person. Ketu is indicator of intelligence, non-attachment, fantasy, penetrating insight and psychic abilities. Ketu is believed to bring prosperity to the family. He grants good health and wealth to his devotees. Ketu is the lord of three nakshatras that are Ashvini, Magha and Mula. 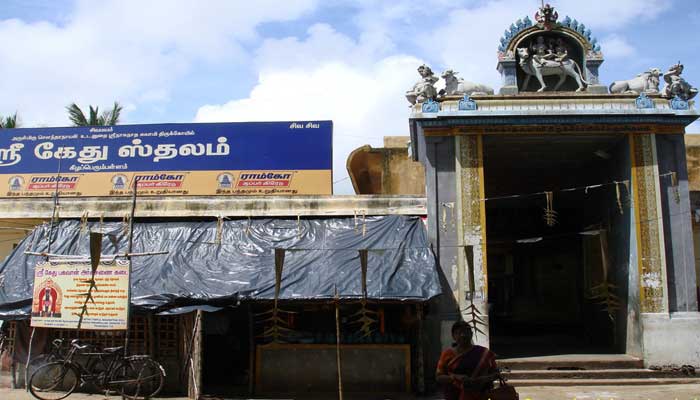 According to the mythology, an asura’s head was cut off by God Vishnu. This result the asura’s head and body joined with a snake to form 'Ketu' and ‘Ragu’. Ketu represents the body without a head, and Ragu, represents the head without a body. According to the accounts in Hindu mythology, Ketu belongs to Jaimini Gotra and Rahu belongs to Paiteenasa gotra. It is to be understood that both ketu and Ragu are completely different entities with distinct characteristics. Ketu is generally referred to as a "shadow" planet. It is believed that Ketu to have a marvellous impact on human lives. Ketu is often depicted with a gem on his head signifying a mystery light.

The Temple dedicated to the Kethu is Kethu Sthalam is in the village of Keezhaperumpallam. This Sthalam is just 2 kilometres away from Poompuhar and comes within the range of Nagapattinam district. The presiding deity is Ketu. But still, the main idol is "Naganatha Swamy" or Shiva. Other name for this sthalam is Naganatha Swamy Temple. 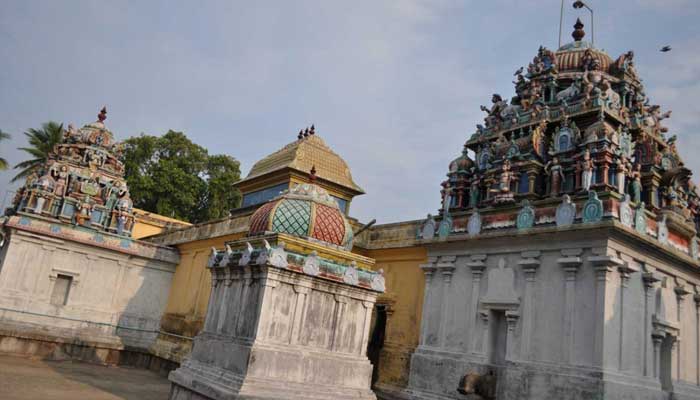 Devas and Asuras stirred the ocean of milk with Mount Mantara as the stick and snake Vasuki as the rope. The snake, unable to bear the pain emitted poison. Devas and the demons feared the ill effects of poison and prayed Lord Shiva. The Lord Shiva swallowed the poison but Goddess Parvathi rushed to prevent Him from swallowing .This leads poison to stop in His neck. Due to this, the Lord Shiva is called Neela Kanda and His throat turned blue with the poision. Vasuki, the King of serpents did penance and worshipped Lord Shiva for years. The Lord appeared before the snake. He blessed the snake to be enshrined in a temple in the bamboo forest and relieve the devotees from the ill effects.

The nine navagraha deities are generally found in small, square enclosure in every temple (Nine Navagraha temples). Natives afflicted by Ketu are stricken with fears of dacoity, loss of property, poisonous bites and putra dosha. One can get rid of the afflictions, by praying Lord Ketu. Ketu is a half-planet that bestows wisdom. Ketu's effects are similar to Mars. Ketu is neither feminine nor masculine. Ketu credits with wind-dominated, animalistic and compulsive in behaviour.