According to local legend, the word Thanjavur is derived from "Tanjan", an Asura (giant) in Hindu who was killed in what is now Thanjavur by the Hindu god Neelamegha Perumal, a form of Vishnu. The word Thanjavur is indeed a Tamil name. "Than"-cold, "chei"-farmland, "ur"- city means city surrounded by cold farmlands. Later, the word "Thancheiur" has become "Thanjavur".

The city rose to prominence during the rule of Chola monarch King Vijayalaya chola who made it the headquarters of Chola dynasty. After the fall of Chola dynasty, the city was ruled by a number of dynasties like Pandyas, Nayaks, Marathas and the British. The administrative powers of Thanjavur were given over to British Empire under the signed treaty of 1799. British records refer the city as Tanjore.

Thanjavur attained prominence under the Chola rulers who were paramount in South India during 9th to 12th centuries. They were not only excellent rulers but also mighty builders, who erected a large number of exquisite temples in their empire, some of which constitute the finest specimens of architecture. Hence the district stands distinguished in the state even in its large number of temples, whose legends extend deep into early historic times.

Many of these temples reflect the power, genius and architectural grandeurs of their authors displaying the unique and magnificent proficiency in sculpture, painting and wood carving. Art gallery, the great Saraswathi Mahal library, the 'Sangeetha Mahal' (hall of music), the thriving of classical music and dance known as 'Bharatnatyam' and the celebration of grand annual music festival at Thiruvaiyaru, in honour of the great Saint Thyagaraja, all bear testimony to the cultural heritage.

The period of Chola Kings was not only considered as epoch-making but also an era of the cultural renaissance. Thanjavur under the Chola rulers was the cradle of Tamil Culture. Literature and civilization and the rare Tamil manuscripts in the Thanjavur library corroborate this fact. Another notable feature is that in spite of several alien invasions, onslaughts and internal conflicts, the ancient culture and civilization have not suffered much devastation.

The inhabitants have successfully concentrated their histrionic talents in the field of art, literature, drama, music and dancing and are known for their rich cultural and religious fervour. They live in close harmony as a well knit community and the three main religious groups are Hindus, Muslims, and Christians, celebrate their fairs and festivals with a sense of mutual respect.

There are no references to Thanjavur in any of the Sangam period (third century BC to fourth century AD) Tamil records, though some scholars believe that the city has existed since that time. Kovil Venni, situated 15 miles (24 km) to the east of the city, was the site of the Battle of Venni between the Chola king Karikala and a confederacy of the Cheras and the Pandyas.

The Cholas seemed to have faced an invasion of the Kalabhras in the third century AD after which the kingdom faded into obscurity. The region around present day Thanjavur was conquered by the Mutharayars during sixth century, who ruled it up to 849. 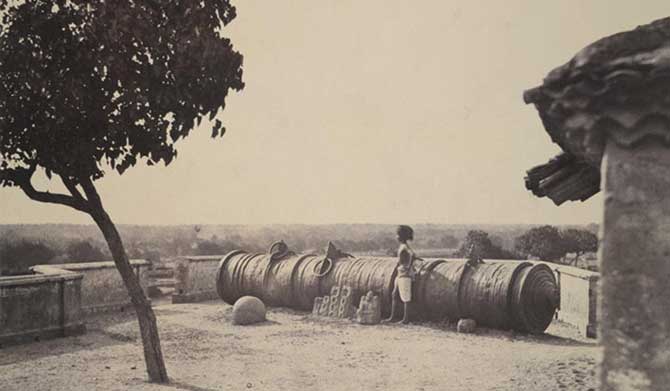 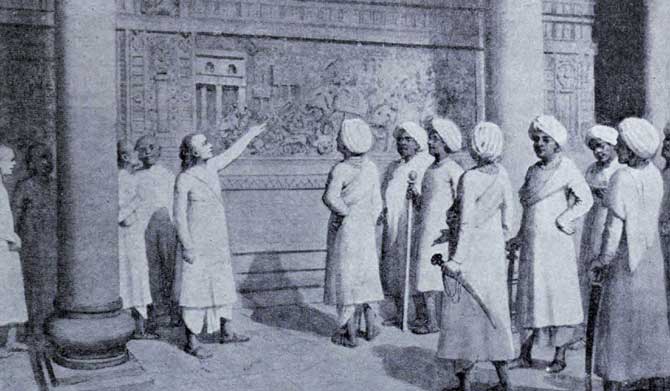 The Cholas came to prominence once more through the rise of the Medieval Chola monarch Vijayalaya (841–878) in about 850. Vijayalaya conquered Thanjavur from the Mutharayar king Elango Mutharayar and built a temple dedicated to Hindu goddess Nisumbhasudani. His son Aditya I (871–901) consolidated the hold over the city. The Rashtrakuta king Krishna II (878–914), a contemporary of the Chola king Parantaka I (907–950), claims to have conquered Thanjavur, but there are no records to support the claim.

Gradually, Thanjavur became the most important city in the Chola Empire and remained its capital till the emergence of Gangaikonda Cholapuram in about 1025. During the first decade of the eleventh century, the Chola king Raja Raja Chola I (985–1014) constructed the Brihadeeswarar Temple at Thanjavur. The temple is considered to be one of the best specimens of South Indian temple architecture.

When the Chola Empire began to decline in the 13th century, the Pandyas from the south invaded and captured Thanjavur twice, first during 1218–19 and then during 1230. During the second invasion, the Chola king Rajaraja III (1216–56) was set in exile and he sought the help of the Hoysala king Vira Narasimha II (1220–35) to regain Thanjavur. Thanjavur was eventually annexed along with the rest of the Chola kingdom by the Pandya king Maravarman Kulasekara Pandyan I (1268–1308) in 1279 and the Chola kings were forced to accept the suzerainty of the Pandyas.

The Pandyas ruled Thanjavur from 1279 to 1311. The Pandiyan regime was short lived. When the Pandiyan Kingdom was in the thrones of civil war, the Muslim ruler Ala-Ud-Din Khilji, the Sultan of Delhi, took advantage of it and was raided and annexed by the forces of Malik Kafur (1296–1306) and Delhi Sultanate. Thanjavur then came under the Muslim rulers.

The Sultanate extended its authority directly over the conquered regions from 1311 to 1335 and then through the semi-independent Malabar Sultanate from 1335 to 1378. Starting from the 1350s, the Malabar Sultanate was steadily absorbed into the rising Vijayanagar Empire. 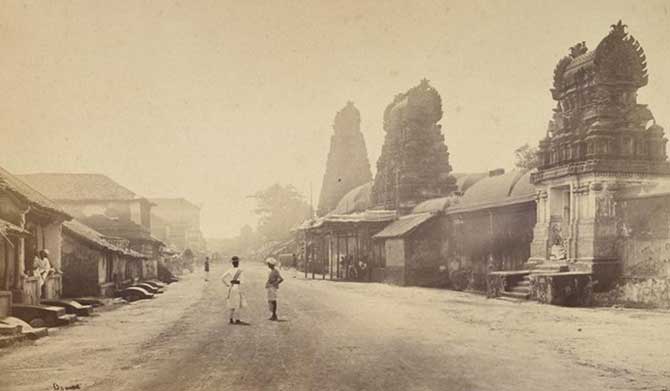 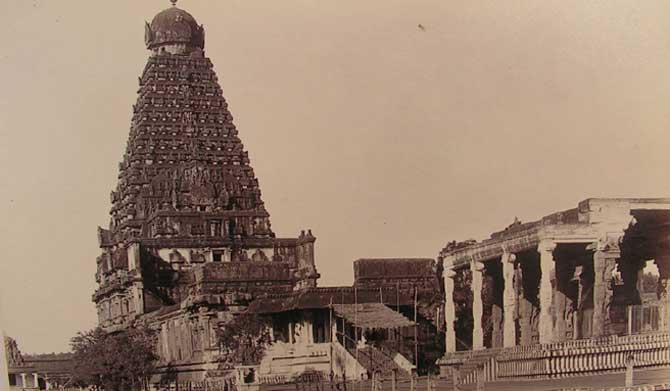 Thanjavur remained under the supremacy of the Vijayanagar Kings for a longer period. Thanjavur is believed to have been conquered by Kampanna Udayar during his invasion of Srirangam between 1365 and 1371. Deva Raya's inscription dated 1443, Thirumala's inscription dated 1455 and Achuta Deva's land grants dated 1532 and 1539 attest Vijayanagar's dominance over Thanjavur.

Sevappa Nayak (1532–80), the Vijayanagar viceroy of Arcot, established himself as an independent monarch in 1532 (1549, according to some sources) and founded the Thanjavur Nayak kingdom. In 1560, Sevappa Nayak made over kingdom to his son Achyuthappa Nayak. His rules unlike that of his father were not one of unbroken peace. Shortly after getting old he abdicated the crown in favour of his son Ragunatha (1600-1630). During his reign, a Danish settlement was established at Tranquebar (1620). Achuthappa Nayak (1560–1614), Raghunatha Nayak (1600–34) and Vijaya Raghava Nayak (1634–73) are some of the important rulers of the Nayak dynasty who ruled Thanjavur.

Thanjavur Nayaks were notable for their patronage of literature and arts. The Nayaks of Thanjavur were loyal to Vijayanagar after the battle of Talikotta and helped Vijayanagar in repulsing the attacks of the Nayak of Madurai and their temporary ally Golkonda, but the beginning of the 17th Century was the end of the Vijayanagar Empire. The rule of the dynasty came to an end when Thanjavur fell to the Madurai Nayak king Chokkanatha Nayak (1662–82) in 1673.

Vijaya Raghunatha Nayak, the son of Chokkanatha, was killed in a battle and Chokkanatha's brother Alagiri Nayak (1673–75) was crowned as the ruler of the empire. 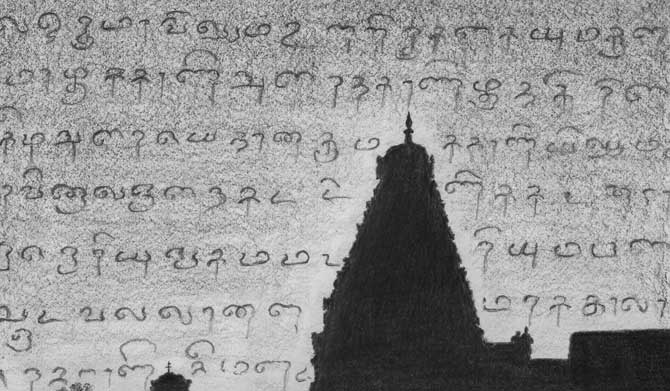 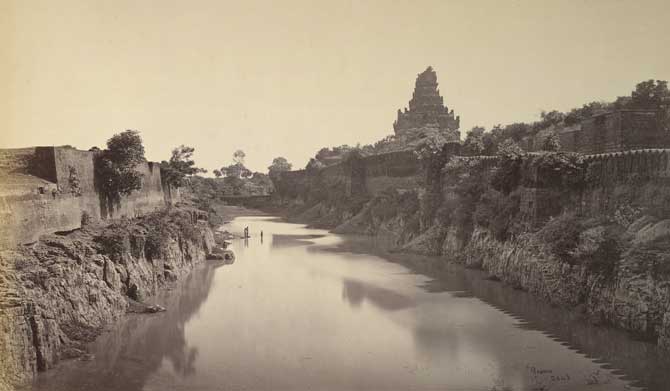 Thanjavur was successfully conquered in 1674 by Ekoji I (1675–84), the Maratha feudatory of the Nawab of Bijapur and half-brother of Shivaji (1627/30-80) of the Bhonsle dynasty. Ekoji founded the Thanjavur Maratha kingdom which ruled Thanjavur till 1855. The Marathas exercised their sovereignty over Thanjavur throughout the last quarter of the 17th and the whole of the 18th century. Subsequently there were hostilities between the Arcot Nawab and the Maratta ruler of Thanjavur. The French and English also began interfering in the internal affairs of South India. The supremacy of the English was later established.

The Maratha rulers patronized Carnatic music. In 1787, Amar Singh, the regent of Thanjavur, deposed the minor Raja, his nephew Serfoji II (1787–93) and captured the throne. Serfoji II was restored in 1799 with the assistance of the British, who induced him to relinquish the administration of the kingdom and left him in charge of Thanjavur fort and surrounding areas.

A pact was signed between the Maratta ruler and the English by virtue of which the status of the Raja was reduced to a mere vassal.

The Maratha Kingdom of Thanjavur was eventually absorbed into British India in 1855 by the Doctrine of Lapse when Shivaji II (1832–55), the last Thanjavur Maratha ruler, died without a legitimate male heir. The British referred to the city as Tanjore in their records. Five years after its annexation, the British replaced Negapatam (modern-day Nagapattinam) with Thanjavur as the seat of the district administration. Under the British, Thanjavur emerged as an important regional center. The 1871 India census recorded a population of 52,171, making Thanjavur the third largest city in the Madras Presidency. After India's independence, Thanjavur continued as the district headquarters. 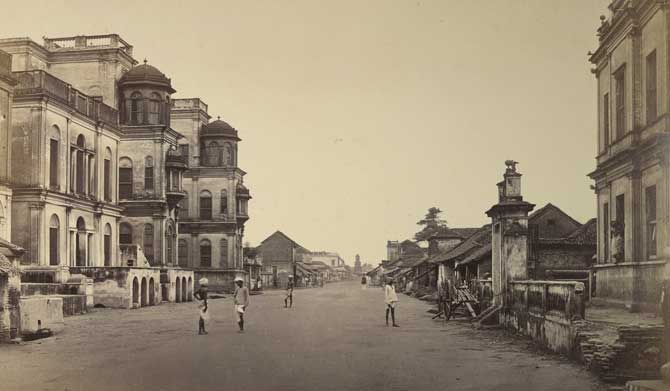