It is important to know the fact only 2 temples in the Mother INDIA are dedicated to KING OF GODS (Sun God). It is believed that King Narasimhadeva I of Eastern Ganga Dynasty have built the Konark Sun Temple and Kulottunga Chola I of Chola Dynasty have built the Suryanar Temple. Let’s read some useful information about the SUN TEMPLE at southern region in the India. 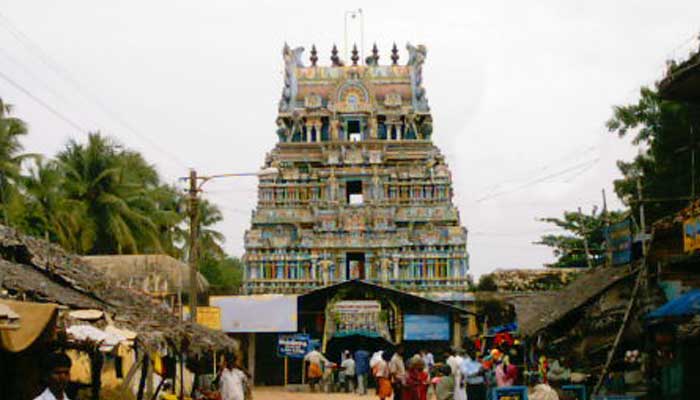 The Suryanar Templeis situated at the village of Suryanarkoil in the Thanjavur district. Located at the banks of river Cauvery is one of the specialities of the temple. This temple is exactly 2 km to the north of Aduthurai, 15 km to the east of Kumbakonam and roughly 20 km from Mayiladuthurai. The temple’s presence is in the pathway of Kumbakonam - Mayiladuthurai road. It is good for the devotees to visit the temple in-between the time period of October and March.

The temple tower has 15.5 meter in height and 3 tiers, 5 domes at the peak. . Temple tank lies at the north of rajagopuram. It is to note that one should take sacred bath in the temple tank or just to sprinkle water on head before worshipping the GOD. There are 12+ theerthams in the temple. All nine planets have separate sanctums (sannadhis) in the temple. This is one of the Highlights.

Sri Suryanarayanaswamy, the presiding deity of the temple is found in a lying posture inside the sanctum sanctorum with his consorts Sri Usha Devi and Sri Pratyusha Devi. The other eight Navagrahas are seen facing the presiding deity Sun God. The Kol Theertha Vinayakar (Ganesha ) shrine is a prominent sculpture here. 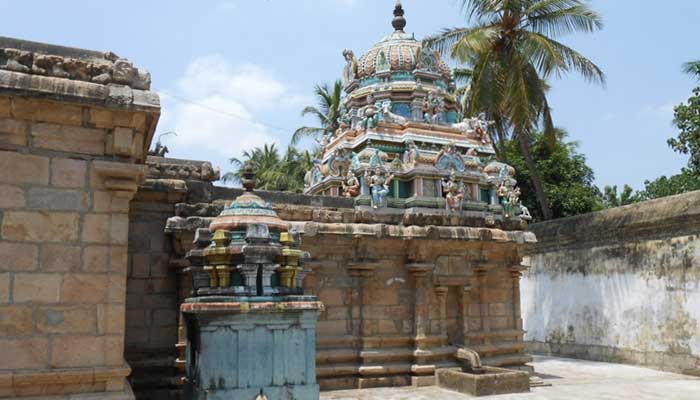 Kalava Muni became aware of the news that he was to suffer of leprosy, one of the deadliest diseases. In order to free himself, the sage worshipped Navagrahams. The nine planets on being pleased by his devotion, released him out of the terrible disease. Lord Brahma, the creator became angry with the planets for failing in discharging their duty in accordance with the law of Karma with regards to Kalava Muni. As a result, he cursed the planets that they be afflicted by leprosy and banished them to earth. However on their imploring, Lord Brahma advised them to take a dip in the holy river Cauvery and offer prayers to Lord Shiva (Prananadheswarar) and Mother Parvati (Manglanaayaki) at Thirumangalakudi. He also instructed them to take their food on Velerukku leaf.

The Navagrahas followed the instructions of Lord Brahma and invoked the blessings of Lord Shiva. Lord Shiva pleased with the worship blessed them that they be enshrined in nine separate sanctums in the Suryanar temple. He also decried that whosoever worship the Navagrahas there will be free of their problems.